How do I start the adoption process?

What children are available for adoption?

Do I have to be married in order to adopt?

No, you do not need to be married to adopt a child. ABI provides adoption services to single people each year.

Can I adopt if my spouse is not a US citizen?

Can I adopt if I already have children?

Yes, you can adopt if you already have children. There are many programs which welcome experienced parents. Through ABI’s adoption services, we can assist your family in identifying the adoption program best suited for your family’s demographics.

How long does an adoption take from beginning to end?

This depends greatly on the placement program chosen and the agency chosen. The length of time varies between programs, and each adoption is different.

ABI works diligently to ensure our adoption services are provided in a timely manner. Families can control the speed of their adoption by completing all of their paperwork quickly and accurately.

How long does it take All Blessings to complete a home study?

All Blessings is licensed to perform home studies, as well as additional adoption services, for residents of Kentucky, Missouri, Indiana, and Tennessee. Much of the process in completing the home study assessment is reliant upon the adoptive family and how quickly they are able to complete their documentation. It is also reliant upon contributing factors, such as your background clearance agencies, your references completing their questionnaires, and your physician submitting your medical reports. Once all of the documentation has been submitted, and your home visits have been completed, All Blessings will proficiently complete the home study assessment report. We take great pride in our expedient and efficient home study and adoption services.

How do I apply to adopt a child with the United States Citizenship and Immigration Services (USCIS)? Why must I do this?

USCIS verifies that all children entering the country for the purposes of international adoption have a qualified family waiting for them. The agency performing your home study must submit a study which conforms to the laws for your state, and USCIS will take your fingerprints for an FBI background check. For countries which are a party to the Hague Convention, you will file a form I800-A. For all other countries, you will file form I600-A. As ABI provides adoption services to your family, we can answer any questions that you might have concerning this process.

Is travel required for adoption?

For domestic adoption, you will need to travel to the child’s place of birth.

All Blessings strongly recommends that all families travel to meet their children whenever possible. Meeting your child in the familiar surroundings is the best way to begin a loving and compassionate relationship.  These options can be discussed in detail as ABI provides your adoption services.

What is the Hague Convention, and what does it mean?

The Hague Adoption Convention protects children and their families against the risks of unregulated adoptions abroad and ensures that intercountry adoptions are in the best interests of children. The Convention also serves to prevent the abduction, sale of, or trafficking in children. 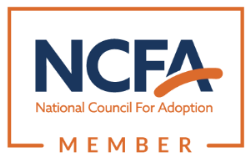 ABOUT
Our Mission
Our Team